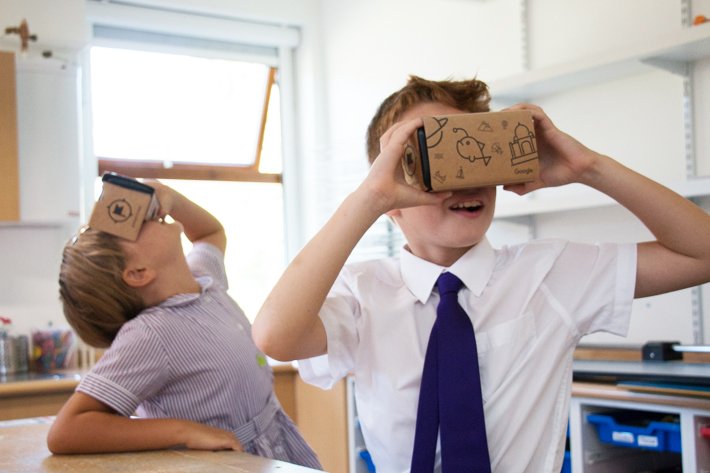 For the past eight months, we’ve been on a mission to bring virtual reality experiences into classrooms all across the U.K. Launched in September 2016, the Google Expeditions Pioneer Program set out to bring virtual reality field trips to more than 1 million U.K. pupils and open their eyes to places and environments they are unable to see otherwise. To date, the team has visited 3,000+ schools in more than 430 cities and towns, from Leicester to Edinburgh to Port Talbot.

We also teamed up with Google Arts & Culture and partners like The British Museum, English Heritage and Westminster Abbey to add more than 150 expeditions tailored to the U.K. curriculum, taking the total number of tours now offer in the app to more than 600.

Ongoing feedback from teachers continues to help us improve the product, from building lessons tailored to the curriculum, to running teacher training events on how to incorporate Expeditions into effective lesson planning.

It’s a tool that makes lesson planning easier and engages pupils right from the start.

New content is continually being launched on the app. Starting today, teachers and students can explore 20 new destinations from Loch Ness—taking the time to scour the renowned site for its infamous monster—to Exploring Roman Baths, where students can tour one of the U.K.’s most interesting landmarks.

The Expeditions Pioneer Program will visit U.K. schools until the end of May 2017. However, if we’re not visiting your school, you can still make the most of these tours by downloading Google Expeditions on iOS or Android and following these simple instructions.

Create your own Street View imagery with new 360 cameras
Making plans? We can help.

No Replies on We’ve reached more than 1 million U.K. students with Google Expeditions