“Whoever tells the best stories goes home with the most marbles.” ~ Jeremy Waite, IBM.

A bakery gets sweet returns from Zoho Social

Storytelling has become an important part of our everyday lives. If used smartly on the right social networks, it can help you communicate with your audience more effectively than ever before. Read on to see how an entrepreneur used visual stories to catapult his company to success.

Richie’s bakery is an inspiring example of how small businesses can benefit from Zoho Social.

Richie was a happy man. He had recently quit his high-paying marketing job to pursue his childhood dream of starting a bakery. Things were looking good.

Richie sourced his ingredients locally and handmade each and every doughnut — no food coloring, no preservatives, no frozen pre-made dough, and no artificial flavors. Everything was made with great care, and it showed.

People used to flock to the bakery every evening. You could smell the mesmerizing aroma of freshly baked goods as soon as you stepped inside the bakery.

Soon, visitors started dropping in not just for the food, but also for the live music and pleasant atmosphere. Richie trained his staff to be friendly and made sure guests were always satisfied with the service. During the busiest hours, long lines wrapped around the street and popular items ran out of stock.

But Richie had even bigger plans. He wanted his bakery to be the best, not just on the street, but in the entire town.

Richie’s marketing approach for promoting his baked goods involved extensive use of social media. He took pictures of his culinary creations and shared them on various social networks to show his customers what was cooking in the kitchen. In no time at all, he captured the hearts of foodies in the town. After all, who can resist a photo of a beautiful Tarte Tatin? 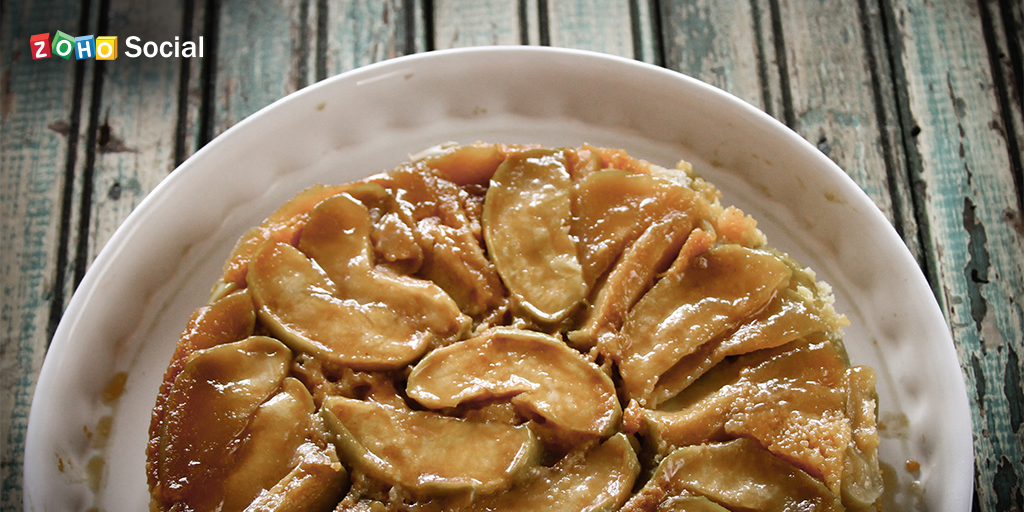 Richie loved to share visuals of his creations on Instagram, Facebook, and Twitter but found that it was hard to keep up with creating individual posts and maintaining them for each of the social networks.

He realized that understanding which posts were working for his audience was more significant than sharing random stories. He considered hiring an agency to manage his social media marketing, but eventually, on financial grounds, he decided to fly solo.

A close friend suggested that he try using Zoho Social to manage his bakery’s social media presence. Richie decided to give it a shot.

Zoho Social gave Richie plenty of helpful insights into the purchasing patterns and other habits of his customers. In just two months of engaging with his followers, he was able to grow his customer base by 40%. Here’s what Richie did (that you can also do!).

Zoho Social’s intuitive reports gave Richie insights into his posts’ performance. He was surprised to notice that Instagram was the most successful channel for his video campaigns. Stats like the active audience, engagement, and stories created, helped him get better at Instagram marketing. 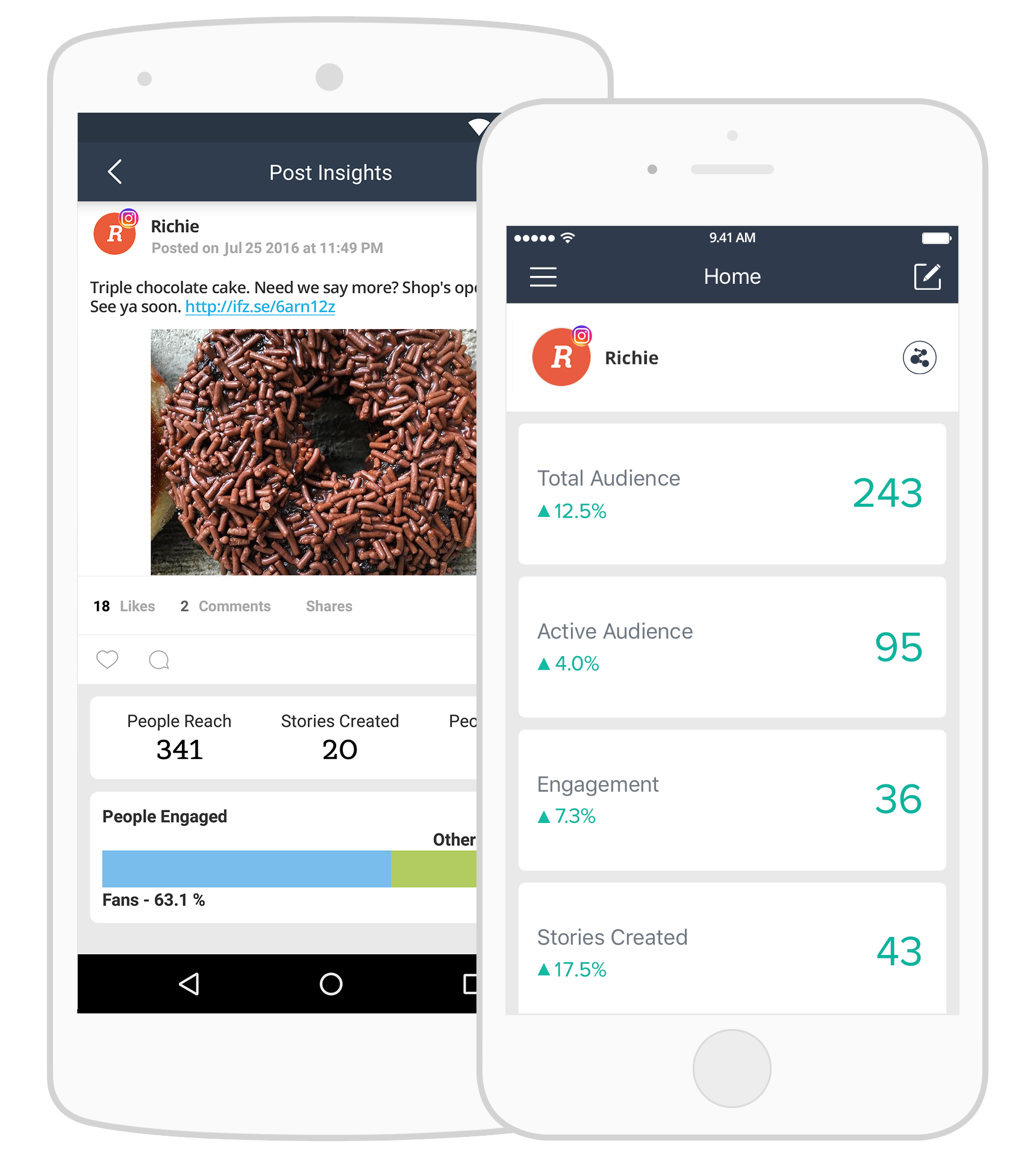 Richie used the Connections tab to communicate with his followers religiously. With just a few clicks from the mobile app, Richie could follow his customers back on social media, share popular recipes immediately, and run a ‘Fan of the Week’ contest, all from his smartphone. People loved Richie!

Keep an eye out

Richie wanted to see what other bakers were doing to attract their customers.

He saved multiple columns with relevant hashtags in the Monitor tab (like #organicbakery, #glutenfree, #bakersofinstagram, #veganchicken, etc.) and checked it periodically. This helped him track items that people were buying from his competitors (including their pictures!).

Richie was able to modify his menu to cater to the latest trends in the market, giving him a competitive edge over other bakeries.

Richie would post daily updates fresh from his kitchen. His Instagram and Facebook accounts were full of images and videos of his bakery. These visuals helped him soft sell what he was best at making, without being pushy about it.

Armed with the power of Zoho Social, Richie’s flaky croissants, sturdy loaves, and decadent pastries made for a roaring trade.

Before, Richie would have to juggle his time between working in the kitchen and marketing his products. But now, with the help of Zoho Social, he could channel his energies into his core passion — baking. Zoho Social gave him the time he needed to come up with new creative recipes to add to his growing collection of delicacies, drawing in a larger customer base and doubling his productivity.

People love being able to see pictures of what they’re ordering when planning a special event. Social media allows for quick and easy sharing of such content, making it the perfect tool to increase brand awareness. Explore Zoho Social and see for yourself how social networks can take your business to the next level.

Disclaimer: Richie is a fictional character (but Zoho Social is not). Try it today.

No Replies on How Richie got Insta-smart with Zoho Social