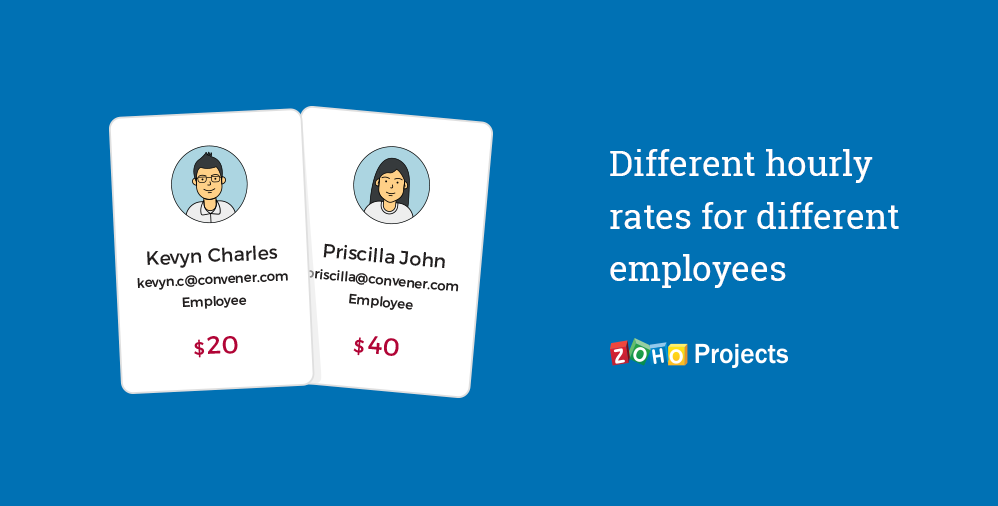 Sometimes you need your billing to capture more than just project hours. Let’s look at an example to see where you might want to use staff-based billing instead. Our fictitious user Tessa Dexter owns Convener, an event management firm that organizes everything from one-hour meetings to week long tournaments. Tessa and her employees have two new projects on their plates right now. One is a business breakfast meeting for a law firm, and the other is a two-day pop-rock concert downtown. While the breakfast meeting is a small event and it can be pulled off by a group of people dividing work among themselves, the concert requires people with different skill sets taking on diverse roles and responsibilities.

As the type of project differs, the billing method also differs. For the breakfast meeting, the time spent is key, so you can bill based on project hours. You can assign everyone working on the project a similar role and an equal rate. For a project like the concert, where different users with varied skill levels are working on different tasks, you need to bill your client based on staff hours. You want each employee to have a different rate according to their skills and the nature of the work they’re doing.

Zoho Projects has supported billing based on project hours since the beginning, and now we’re supporting billing based on staff hours too. You can now assign a rate to each of your employees and see it reflected in your invoices. 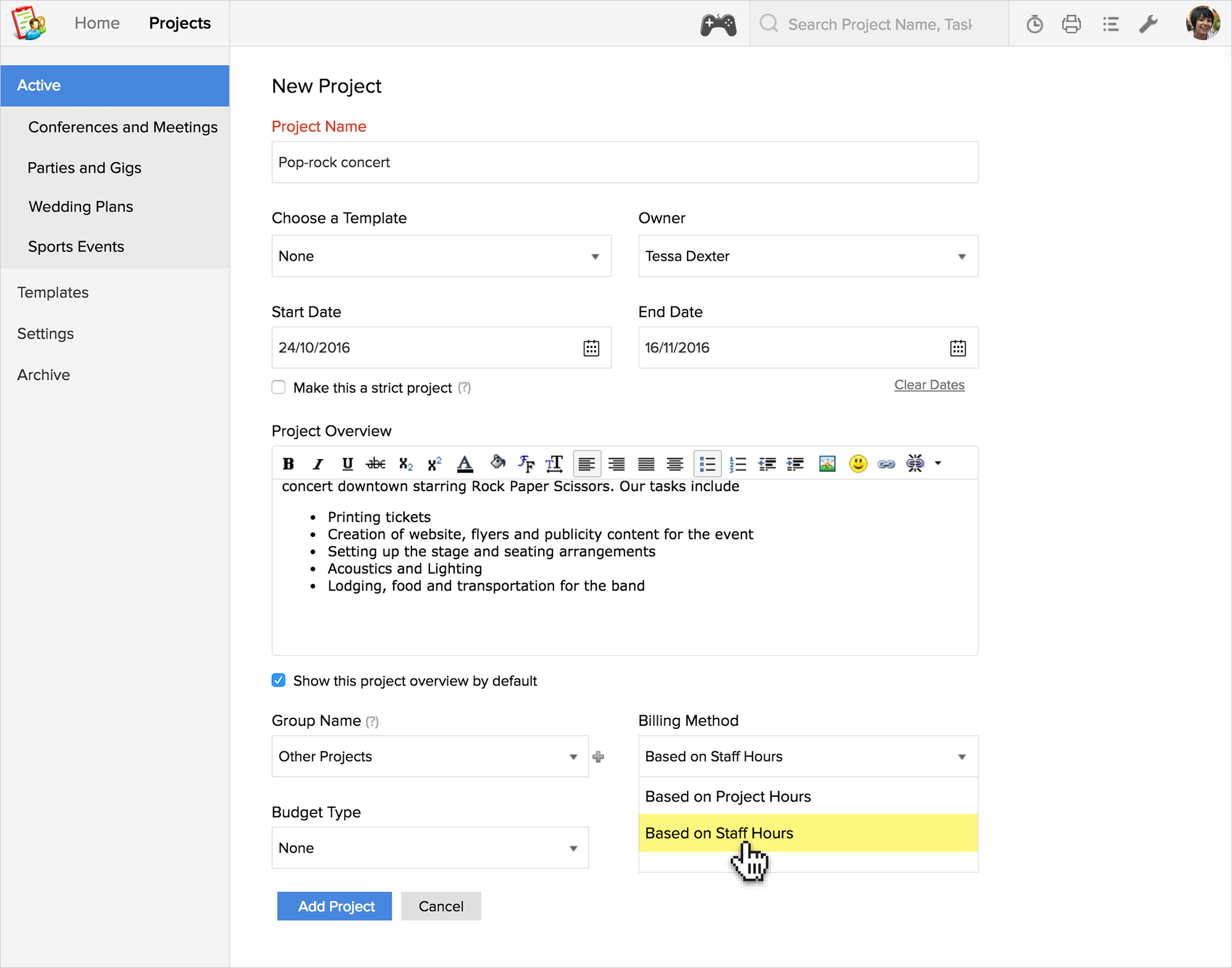 In the example of the breakfast meeting, the team at Convener charges the law firm based on project hours. Dalton, Candice, and Jefferson all work on this project at a common rate of $20.00 per hour. Dalton logs 6 hours of work, Candice logs 8, and Jefferson logs 7, for a total of 21 hours of work for the team. 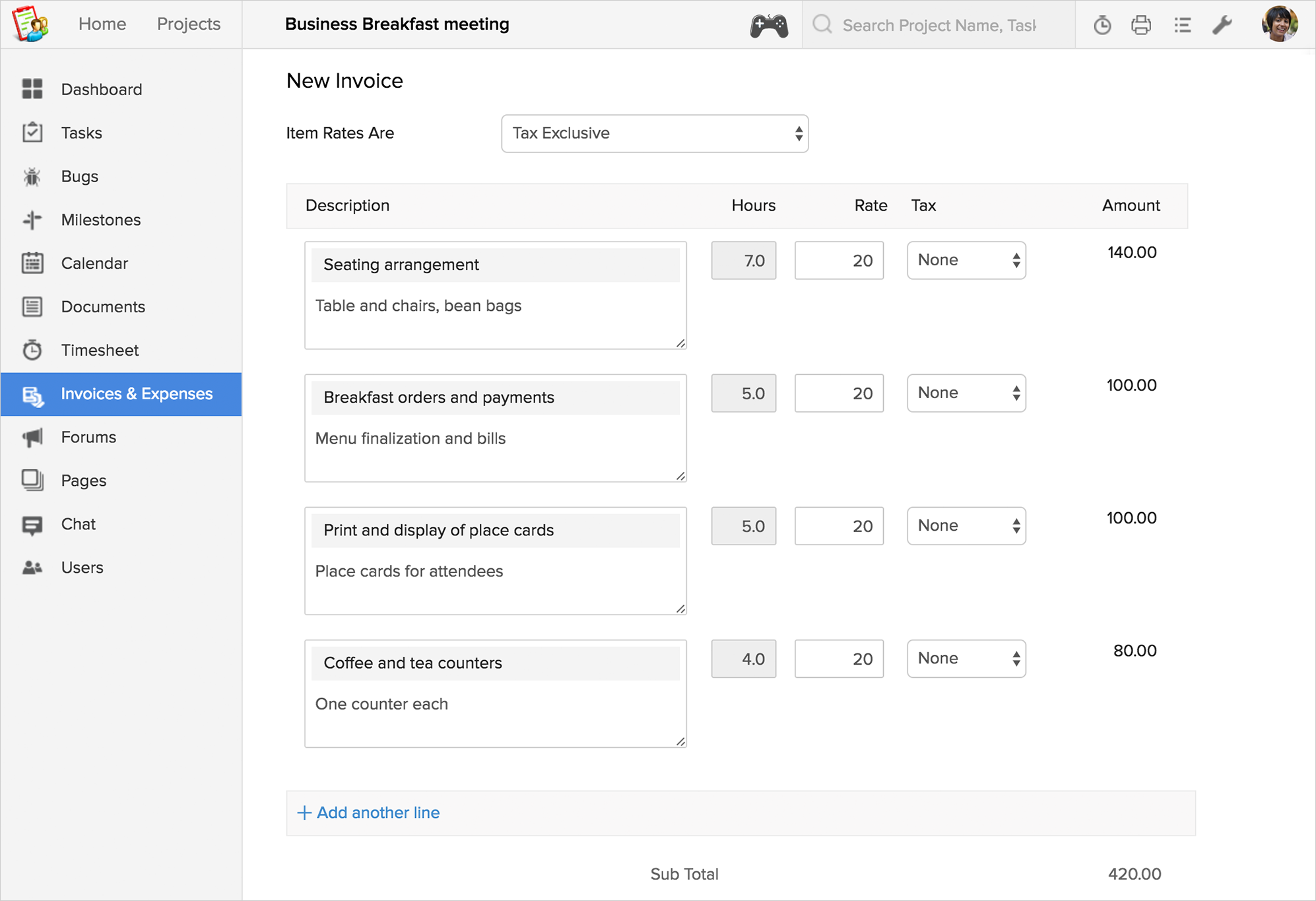 For the pop-rock concert project, however, different employees on the Convener team have taken on different roles. Some of them are working on technical arrangements like acoustics and lighting, some on design tasks (like the event website, banners, and flyers), some are arranging lodging, and others take care of logistics and refreshments.

When they generate an invoice, the client will be billed: 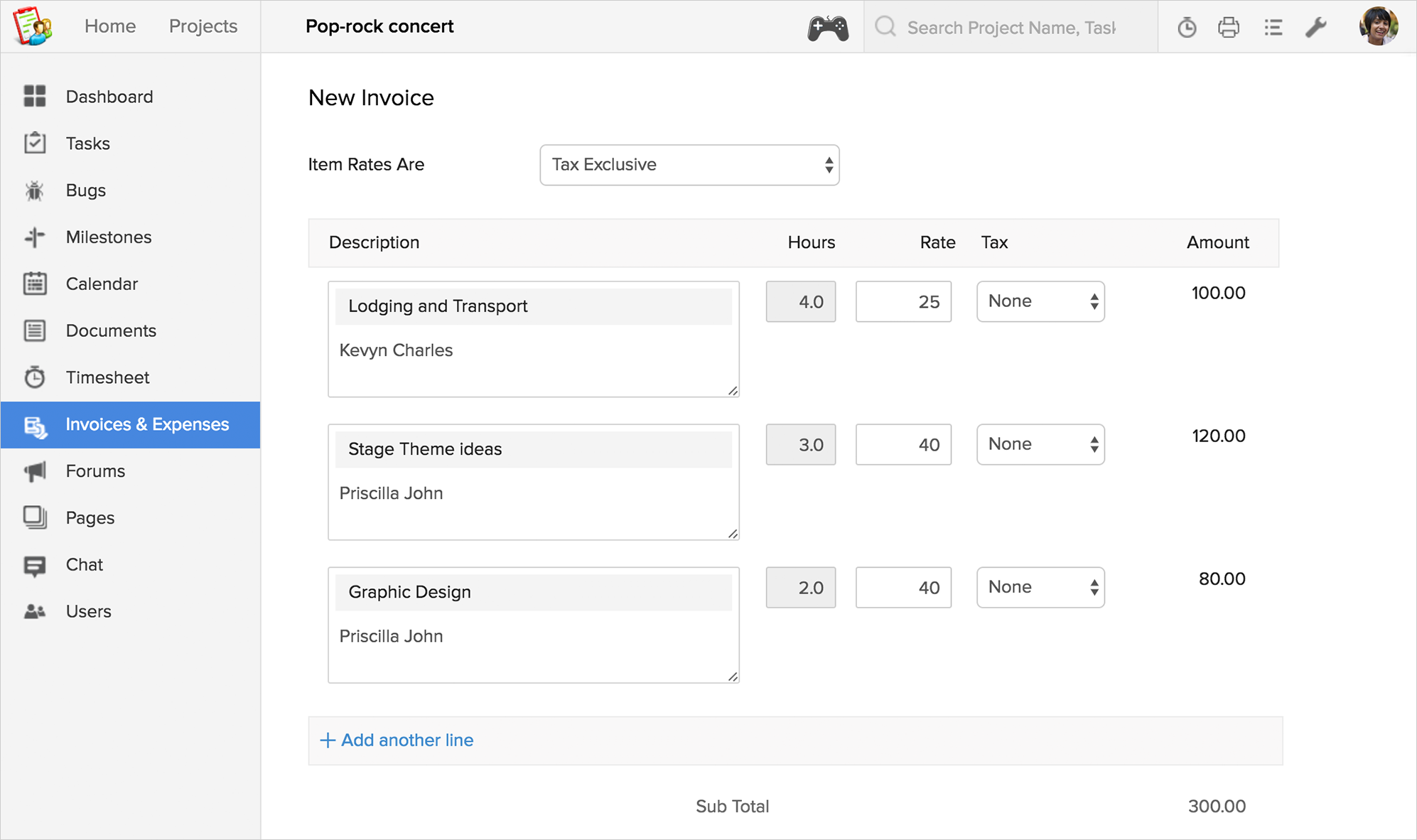 Now you can choose your billing method for each project so that you’re always billing your clients appropriately.

Which billing method do you think suits you best?

Commenting is Disabled on Staff-Based Billing Comes to Zoho Projects