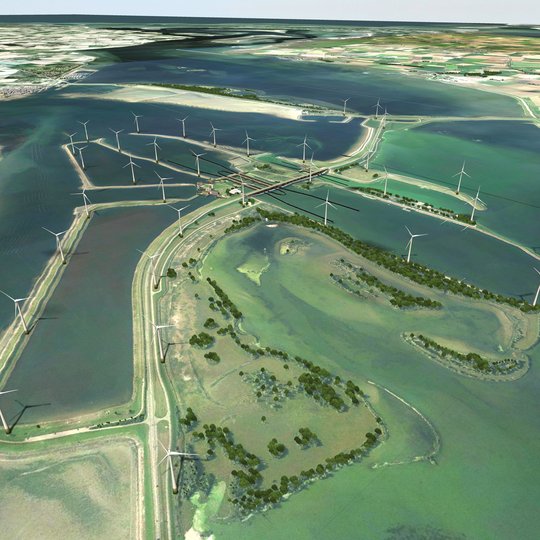 At Google, we have been committed to the adoption of clean energy since 2010, and are working aggressively to meet our goal of powering 100 percent of our operations with renewable energy.

We are excited to announce a unique partnership that Google has formed in the Netherlands with three leading companies, allowing us to significantly contribute to delivering on the Dutch renewable energy target of 14 percent by 2020, agreed to in the 2013 Dutch Energy Agreement for Sustainable Growth.

Together with AkzoNobel, DSM, and Philips, we’ve made a long-term agreement to jointly source power from renewable energy projects. The consortium represents a new approach for corporations to explore market opportunities, enter into renewable Power Purchase Agreements (PPAs) and meet the demands of growing sustainability targets in a cost-effective and scalable way.

The first agreement of the long-term collaboration purchases the entire power production from a new wind farm established by a cooperative of 4,000 people in the Dutch province of Zeeland. Five percent of the power production will be reserved for the shareholders, with each company receiving a quarter share of the remaining 95 percent of energy. It’s the first time in the Netherlands that a group of multinational companies has teamed up with local citizens to create what is effectively a consumer-to-business energy partnership.

The consortium has agreed to source a total of 0.35 terawatt hours (TWh) a year from Windpark Krammer once it becomes fully operational in 2019. This is equivalent to the total annual consumption of 100,000 households.

The agreement is both crucial for the funding of the wind farm and for the renewable energy goals of all four companies. For Google, this agreement will allow our data center in Eemshaven to be powered with renewable energy from day one when it opens later this year.

Our participation in this consortium is part of our broader global strategy to procure renewable energy for our data centers, and build on similar agreements signed in other countries. Google now has six PPAs in the Nordics, seven in Europe, and 19 globally.

Additionally, we have purchased 148 megawatts (MW) of new renewable energy in Sweden, to supply our European data centers with renewable energy. This PPA will secure 70 percent of the production over ten years of this 41-turbine wind farm located in Lehtirova, northern Sweden. Each new wind farm is being built in one of the best areas for onshore wind in Europe. Thanks to Europe’s increasingly integrated energy market, we’re able to buy wind energy in Norway and Sweden, and consume it elsewhere in Europe.

As the largest corporate purchaser of renewable energy in the world, we are thrilled to be joining forces with these leading companies in the Netherlands. By working together, we can realize a clean energy future–faster than ever.