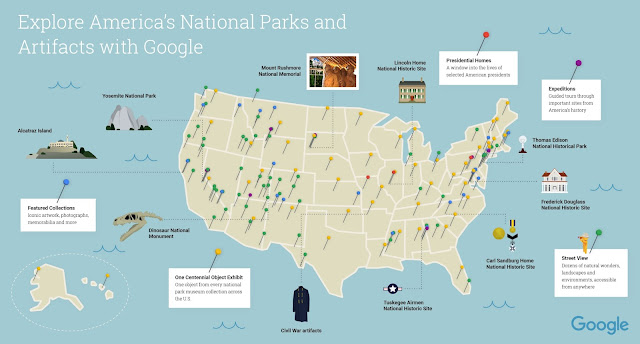 The National Parks have famously been called “America’s Best Idea.” The 400+ parks, preserves, historic sites and other areas in the National Park System are a source of national pride, home to hundreds of species of flora and fauna, a place for researchers to study and discover—and above all, destinations for explorers and adventurers of all ages, backgrounds and abilities.

This week (April 16-24) marks National Park Week, and we thought we’d do our part in celebrating the occasion by helping you get one step closer to visiting these amazing places. With

Start at the southern tip of Florida with the Everglades—the largest subtropical wilderness in the U.S. and a UNESCO heritage site. Go deep inside the longest known cave system in the world at Mammoth Cave in Kentucky, or take in the sun and the scene at Fire Island National Seashore. On your way, wave to Lady Liberty in New York.

Next stop: The homes of some of our U.S. presidents. Peek inside Truman’s desk, or compare and contrast the Lincoln home’s refined hall chairs with Mary Lincoln’s wooden commode. Then take a trip to see battle sites and memorials including Gettysburg and Valley Forge National Historic Sites.

Tour locations and objects from civil rights history, including the homes of activists Frederick Douglass and Maggie L. Walker. With Google Expeditions, you can see the Tuskegee Airmen National Historic Site in 360 degrees, then explore photos from its archives in the Cultural Institute. 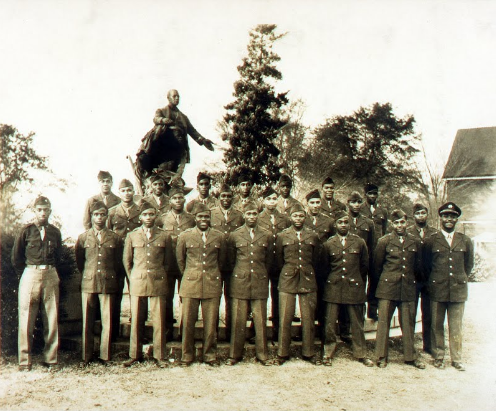 Now it’s time to hit the road and ride off into the west. There’s a little something for everyone this side of the Mississippi. Get some “me time” on some of Glacier National Park‘s 700 miles of trials. Gaze at the puffy white clouds above Grand Teton National Park, you can see why they call this Big Sky country. And no visit to the parks is complete without Yellowstone, which was first designated as a park “for the benefit and enjoyment of the people” back in 1872.

Once you’ve seen Old Faithful erupt, it’s time to marvel at the crystal colors of the Petrified Forest and the amazing rock formations of Natural Bridges Monument. Take in the Seussian world of Joshua Tree, or the lunar landscape at Death Valley.

For some shade, head for California’s forests. Sequoia is home to the largest tree in the world, while the Redwoods boast the tallest. Either way, even in Street View it’s hard not to relax as you look up at the sun filtering through the branches. 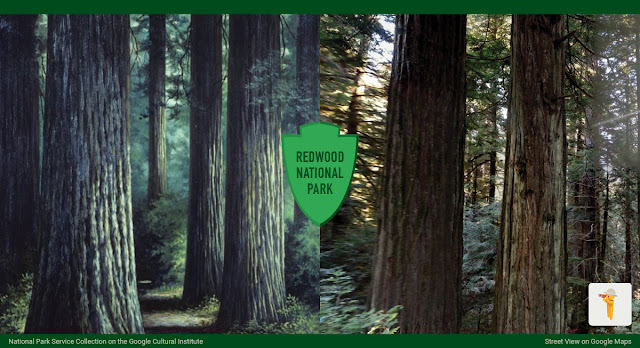 Climb up El Cap, then cool off in the mist at some of Yosemite’s famous falls. Or head north for the icy blue waters of Crater Lake in Oregon and the glacier-capped peaks of Olympic National Park a stone’s throw from Seattle.

Last but not least, take a virtual ferry to Alcatraz, home of the infamous federal penitentiary on the San Francisco Bay. There, you can see objects from the famous June 1962 escape from Alcatraz, including the fake heads the escapees put in their beds to cover their absence. Luckily, you’re also free to go beyond the bars to learn about the first lighthouse on the West Coast and see Street View of the island’s gardens, tide pools, bird colonies, and bay views. Welcome to the Rock.

Whether you visit in person or online, we hope you #FindYourPark this week!